Habitat Wake is thrilled to take a look back at fond memories of working with St. Augustine's University, one of the nation's longest-standing Historically Black Colleges & Universities (HBCUs) as part of our #FoundingFriday series.

They are an esteemed ally in affordable housing, and our partnership with them remains active through our Episcopal Build.

"Back in 2013, we had a big Martin Luther King Jr. Day of Service event in the East College Park neighborhood surrounding the St. Aug's campus as part of our Neighborhood Revitalization Initiative.  We did an entire wall build and wall raising event on their campus with the football team.  We also did repairs with Home Preservation work on two homes on East Jones Street and North Tarboro Street with local volunteers, as well as a community clean up and surveys/assessments for community engagement. There was a service and lunch provided at nearby Tarboro Road Community Center, and partnership with Grace AME Zion Church.

We've had some great experiences and partnerships with St. Augustine's -- and Shaw University for that matter-- especially when building homes in downtown Raleigh near their campuses, as well as a number of our sites like Crosstowne in Southeast Raleigh."

Deacon Sallie Simpson reflects on fun times building with us:

"Students and staff at St. Augustine's have had the wonderful opportunity to participate in several Episcopal Build events. We participated in the wall-building events at the warehouse twice (so far – hoping for more of these!) I remember that most of the days were very cold and either overcast or drizzling, but the weather did not slow down the students. 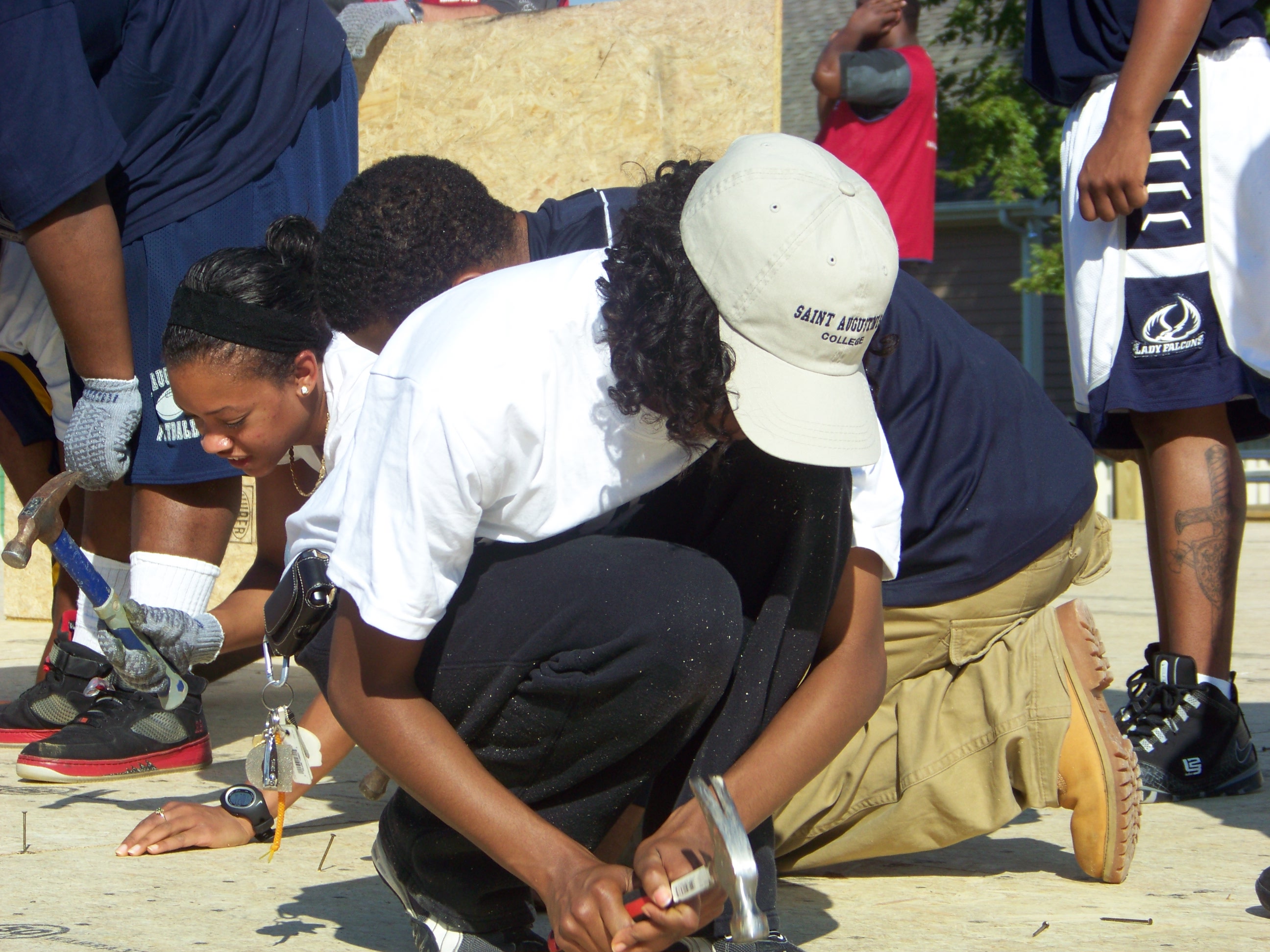 "I think my favorite memory is the day that the roofs were being finished on two houses next to each other – it turned into a friendly competition between the Episcopalians and the Orthodox to see who could finish – it was probably a tie, but both groups declared it a win! ….and it was definitely a win for the families who have those homes. The lunches furnished by various churches were a big hit, too. I participate in clergy work days as well. Looking forward to a post-COVID time when we can be on the front lines again."