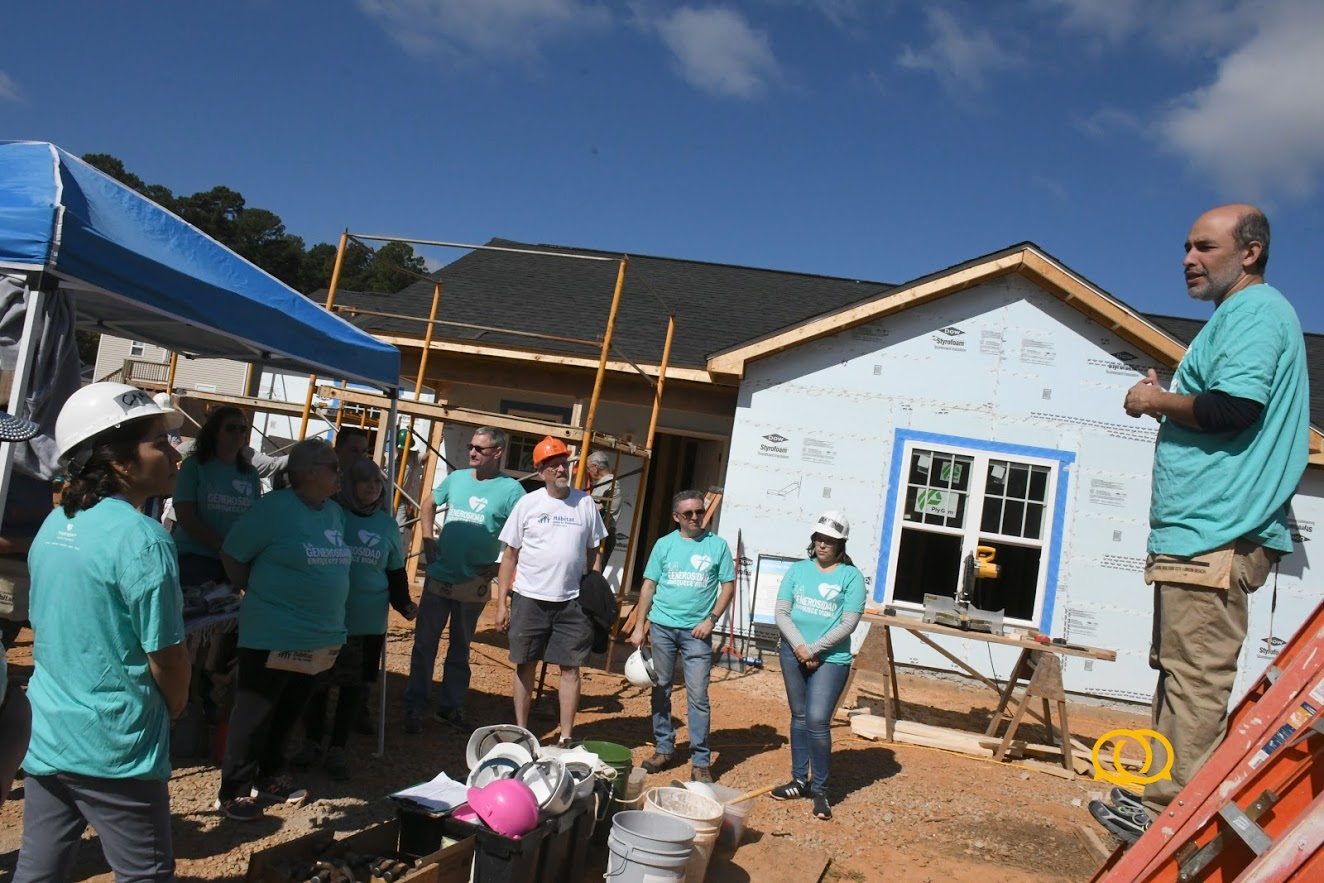 It’s beautiful outside: a cozy fall morning perfect for a Habitat build. As I get on Highway 40 from US 1 towards the construction site in southwest Raleigh, I feel excited about the day ahead.  Today, more than fifteen Latino leaders from various religious groups and organizations will work together on Lissette’s house as part of Habitat’s first Latino build, which we have named the Fiesta Build.  We (a few Latino leaders in dialogue with Rick Beech, Habitat Wake County’s VP for Faith Relations) begun to dream about the Fiesta Build back in 2017, because we wanted to engage the Latino community in all aspects of Habitat’s work. Maria Rosa Rangel, who serves on Habitat Wake County’s board of directors, has helped us in every way possible to get this project off the ground. She is at the site today, hammer and nails ready.

Pastor Rafael Martinez has also come to volunteer.  He currently pastors Greater Heights UMC En Español in Clayton. Unlike me, he is very skilled in construction. “You should come more often,” says Paul, the Habitat site supervisor, to Rafael.  “What about me?” I say.  Paul is silent, and we all laugh.  After all, when it comes to construction, I’m pretty hopeless, and everyone knows it. But Habitat creates opportunities for people to be involved at so many different levels.  This morning I’m responsible for bringing the “pan dulce,” the Mexican sweetbread that will be our snack, as well as praying for our food.  Here and there I hammer a nail.

Ironically, it is by building literal walls together that we bring down the walls that separate us due to different cultures and languages. “Do you want to try using a six-foot ladder instead?” Rafael suggests to Mark, a regular Habitat volunteer. Rafael is originally from Cuba.  Mark is from Boston. “Sure.”  These interactions warm my heart, as people who would never cross paths otherwise work together toward a common goal.

I feel called to social change, and social change moves at the speed of relationships. This is why I build with Habitat: through bringing people together toward a common goal, we build unlikely friendships in the process, which is perhaps more important now than ever.

David Haley, pastor at Knightdale UMC, has joined the build.  We first met at a Habitat project in El Salvador 20 years ago.  “When I first met José Luis he had hair” he says. To which I reply, “When I first met David he already didn’t have any hair.”  We’ve told that joke hundreds of times.  Indeed, relationships can go a long way.