Today I worked at the brickyard with five other team members, our translator, and three skilled Cambodian workers. It's actually nice to be the unskilled worker and simply do what you're told. And it's amazing how much creativity can go into a simple job like sifting dirt. And how many different work styles six people can have. 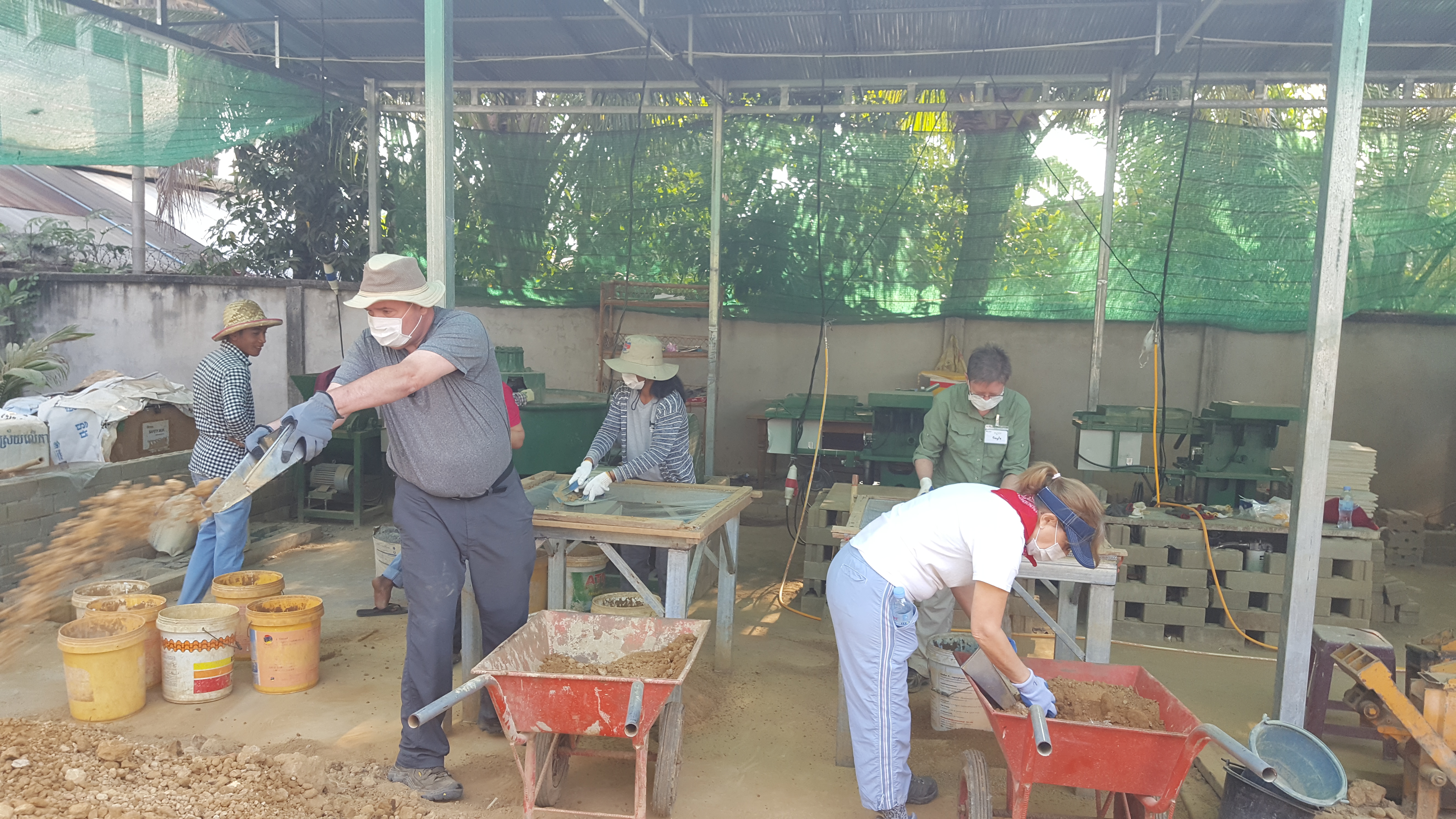 It's also pretty cool how quickly a team forms when the overall goals are more than personal goals. And how much communication can happen between people who have absolutely no way to speak to each other, but again, there is that overall goal. I want to describe the brick making process. We start with a pile of dirt, which one of us shovels into a wheelbarrow.

Next the dirt is sifted, and the stuff that passes through is shoveled into buckets for the brick maker. There's a lovely mixing machine that mixes the dirt with cement and water, enough to make 60 bricks at a time. Once mixed, the mixture is put in a mold in a hydraulic press. The advantage to this is that the bricks are uniform and strong. After several days of drying they are ready to use in a house.

Today, we made 466 bricks and sifted enough dirt for another 120.

This post was written by Amy Keyworth. Amy is a hydrogeologist and works for the State of North Carolina. This is her first Global Village build and first service trip of any kind, but she sure doesn't think it will be her last!